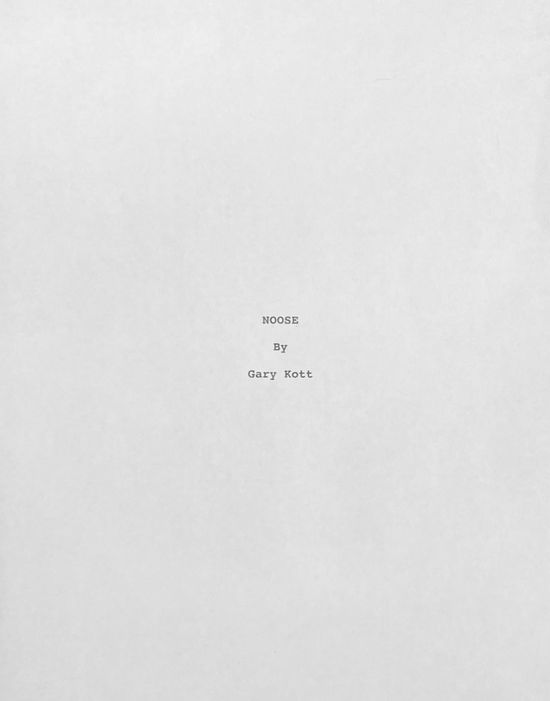 More About The One That

The one that never happened. Or the one that got away. Or the one I turned left and should have turned right. Or the launching pad to bigger and better things. Or the utter apocalypse of creative possibilities. The crossroad. The what-if. The regret. My novel, “Noose.” The notion of becoming a novelist was not mine; it was indelibly injected into my brain cells by two college professors. They saw something in me that I had no idea was there. Certainly, there were no prior clues. My high school English teacher thought so little of my writing talents that she gave me a final grade of D, as in one notch above an F (born into a Jewish family of cum laude graduates this became an unimaginable catastrophe, the sinking of the Lusitania, Pearl Harbor, academic holocaust). Logically, in college, the first required course I wanted to knock off was English Composition 101. My thinking was thus, “Take your D. Move on. And hopefully offset it with a C in History.” I was barely awake in class the day our professor remarked on the stories we’d handed in a week prior, “In my forty years teaching college English I never gave an A on a first assignment. Not that I never read outstanding work during those decades. My philosophy was that if I gave a student an A on a first paper, there was no place to go but down. However, over the weekend I read a story that was so engaging, so original, that I broke my own rule and awarded the first A on a first paper.” Curious, I looked around the classroom and tried to guess the lucky winner. There was no shortage of candidates. Everyone but me looked like they’d read James Joyce on their summer vacation while I was spending hour upon hour perfecting sleight-of-hand card tricks. “Will Gary Kott please stand up.” At first, when I heard the professor call my name, I fully expected, as usual, to be reprimanded for daydreaming. However, not so this time. The professor was lauding me for the paper I handed in, a story he xeroxed for the whole class to read, and one that he submitted to The Atlantic Monthly for its annual student writing competition. The professor exuded, “Class, I’d like you to give a round of applause for a future famous novelist, Gary Kott.” It was a sentiment echoed by my Composition 102 professor after he read a story that I wrote for his first assignment. The professor kept me after class and instructed, “My plan for the semester is to have everyone write six short stories. However, not you. No more short stories. I want you to write a novel. It’s in you. That I’m sure of. You remind me of Carson McCullers, a haunting writer, your kindred spirit, the troubled soul of misfits.” Naturally, I never turned in the novel. I started one. Two paragraphs. I spent far more productive time shooting nine-ball at the local pool hall. The professor, disappointed, admitted that he was tempted to fail me since I handed in no more work for the entire semester. However, on the strength of my one and only paper, he showed mercy and awarded me a C-minus. Skip ahead several years. Me, now a twenty-two-year-old father, married, living in New Jersey, commuting to New York City, writing ad copy for a five and dime, life over, fantasizing about sneaking into my backyard, digging a deep hole, climbing in, covering the top, disappearing off the face of the earth for eternity. During lunches and on weekends I began to put my fantasy on paper, the story growing more and more disturbing with every page. I met a man that had written and published four novels. He was curious about what I was writing and asked to read it. I handed him a stack of yellow paper.  The man was so unnerved by my book that he gave it to a friend, a famous author, who, equally unnerved, also passed it on. In short order I was signed by one of New York’s leading literary agents, with a stable of best-selling authors, many I mingled with at the agent’s annual Christmas party. One of the blockbuster authors confided in me about a conversation he had with the agent, “He told me he’d never read anything like your novel. ‘The most brutal, heartless book in the history of literature.’  Our agent thinks he’s discovered the next Kurt Vonnegut.” Unfortunately, by the time a few rejection letters came in, I was divorced, living in a rat-trap apartment, broke by alimony and child support, and desperate for an exit out of my no-way-out. That exit came in the way of what I thought was a legitimate movie offer, oy. A man I knew produced and directed an independent movie that generated enough buzz to land him a deal at Columbia Pictures. He’d been searching for a property but couldn’t settle on one until he read Noose. We signed a contract that had one deal-breaking stipulation. The man didn’t want anyone attached to the project; he wanted an exclusive run for the money. And so there I was, sitting in my literary agent’s office, telling him that he was fired, ignoring his advice to reconsider, ignoring his assurance that Noose will find a publisher, ignoring his conviction that if I went down that road my writing would never be the same. Yet out I went. Hollywood bound. The movie never made. The book shoved forever into a drawer. The crossroad. The what-if. The regret.