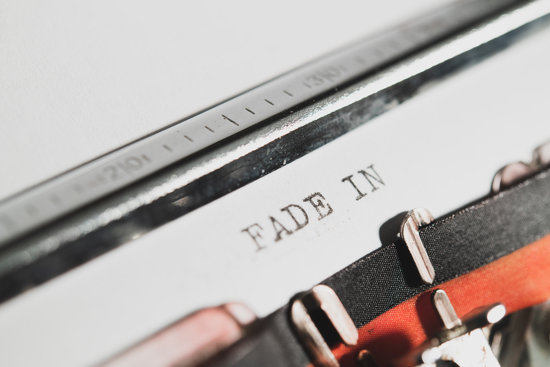 You are now entering New Creek, Ohio, the brownest, rockiest farm community in creation, inhabited by hard men, hard women, living hard lives in a town with but one soft spot, Zeke Blackstone, a backwoods truck mechanic cursed with the soul of a poet. Though he’s never written an original poem of his own, Zeke certainly knows how to improve upon poetry that somehow, without his help, managed to achieve the status of literary masterpiece. Take for instance “She Walks in Beauty” by Lord Byron; to Zeke it’s an incredibly beautiful piece of work, save for words like “cloudless climes” which he rewrites to “clear skies,” and “o’er her face” that works better with a simple “over.” Some of the girls in New Creek seem to agree with Zeke, relishing their poetry-laden dalliances with their private bard, looking forward to next week’s improvements on Keats and Wordsworth. It isn’t until a fateful meeting with the driver of a car that veers off the beaten track to Columbus and breaks down in New Creek that Zeke Blackstone begins his evolution from bogus poet to real one. Thus is the premise of “Back Door Man,” a spec movie script (i.e. I wrote it for free) that was signed quickly by a screenwriting agent at ICM and blazed its way through the major Hollywood studios. My calendar read daily: 10 a.m. MGM Pictures, 2 p.m. Fox, 4 p.m. Paramount. Offers came my way as a result of that spec script, a movie deal at Universal, another at Warner Bros., a writing assignment on a remake of “Maverick,” an episode of “Remington Steele,” an episode of “Fame,” episodes of Aaron Spelling’s “Hotel” and “Glitter.” Indeed, there are ways in Hollywood to make money off a property that has not yet been placed into production. My experience with Back Door Man was duplicated by several other spec scripts I wrote, leading to a steady flow of income on shows like “The White Shadow,” “Angie,” “It’s Not Easy,” “Goodbye Charlie,” and “The Cosby Show.” So, too, my spec scripts lead to network pilot deals, “Oops Alley,” “The National Complaint Department,” “Mama Yama and the Fishman Children,” and “Bugs Runyon.” Ironically, if you could call my Hollywood experience a success, the secret rested in the fact that I knew nothing about television or movies. In a town filled with USC film graduates, I’d never taken one course in screenwriting, and in a town where people could tell you the history of every television show ever made, I’d seen a few episodes of The Mary Tyler Moore Show and that was it. The result? When I wrote a spec script it was based on nothing I’d seen before. There were no references to Mr. Ed, no homages to Citizen Kane. “Completely original,” was a comment I normally heard in producers’ offices, “Never read characters like these.” Same thing happened when I was called in to pitch story ideas on hit television shows I’d never seen. I’d habitually screw up names of characters but regularly walked out with a go on an idea they’d never thought of themselves. The tricky part was mastering the technical intricacies necessary in the craft of screenwriting. Having never even read a screenplay, my challenge was not to get fired when I handed in my first draft of the one-hour TV drama that hired me. Hmm. How do I pull this off? On my way to the studio, I stopped by a bookstore and purchased a copy of a famous primer, Syd Field’s “Screenplay: The Foundations of Screenwriting.” When the assistant producer showed me to my office, he asked if I’d like my door left open or closed. Dodging, I uttered, “Close it, please. It’s quieter.” The instant the door shut, I reached into my briefcase and removed my copy of Syd Field’s book. I flipped straight to the sample page and copied the precise words that began every good movie script, “Fade In.” Lo and behold, my scriptwriting career was off and running.