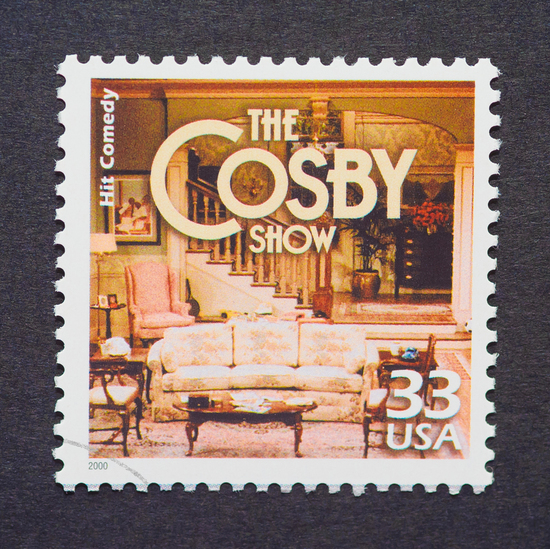 More About The Cosby Show

The Cosby Show.  For five years during its heyday, I was a member of the writing team that cranked out scripts for actors to read and perform, 126 first drafts, followed by rewrite after rewrite, episode after episode, day after day, week after week, year after year.  Here’s the best analogy I can think of to describe my place on the Cosby Show.  Anyone that’s watched a movie about luxury cruise ships during the age of elegance can surely visualize my position.  At the opening of the movie there are extravagant bon voyage sendoffs, handsome passengers strolling up gangplanks, escorted by perfectly-uniformed deck officers, confetti, streamers, fellow passengers already on board waving gleefully to throngs of visitors crowded below on the pier, magnificent staterooms, valets unpacking steamer trunks, violinists serenading sunbathers basking on chaise lounges covered by tartan blankets, the captain, resplendent, dignified, totally in command with both grizzled sailors or pampered guests, moving through grandly appointed dining rooms, gala ballrooms, tuxedo-clad orchestras, sweeping down stunning staircases to the main deck, then through glistening kitchens with chefs immaculately dressed in white, descending further to the gargantuan, overwhelming engine room, ending finally in the bowels of the ship piled high with mountains of black coal, and a team of sweaty, unrecognizable stokers shoveling coal into roaring, fiery furnaces, shovel after shovel, after shovel, endlessly feeding ravenous steam engines, fully aware that without these lowly stokers this mighty, glorious cruise ship would stop dead in the middle of the ocean.  Some fun.  To be fair, The Cosby Show stokers/writers were well paid, given fancy titles, shared peripherally in the award-winning spoils of war, however, my unvarnished reality was stoking coal into the Cosby furnace seven days a week, late nights, early mornings, grueling hours, absolutely no life outside of the studio.  And yet as the years have gone by, I’ve begun to wonder if the stokers of The Cosby Show made any creative contribution whatsover, promted mostly by watching interviews with the stars of the show that make it sound like they improvised every line of every episode.  I only wish I’d known back then that there was no need for a script; I could have gone home early and got some sleep.  Of course, there are pleasant memories of working on The Cosby Show, the comraderie of my talented co-writers, the unique experience of being part of a monstrous hit television program, steady income in a notoriously unsteady industry.  However, two decades later, my overwhelming recollection of  The Cosby Show is one of sheer exhaustion.  Gasp.  Just writing this paragraph has so tired me, I think I’ll crawl upstairs, lie down, and take a nap.