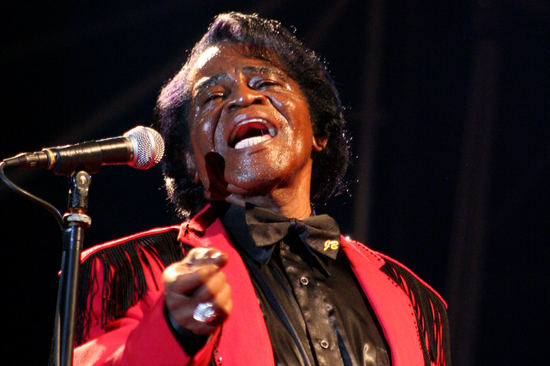 This is the story about how a ragamuffin sixties college newspaper reporter (me) wangled his way into an interview with James Brown backstage at the Cincinnati Gardens as the Godfather of Soul toured riot-torn cities in an attempt to calm things down following the assassination of Dr. Martin Luther King. Marietta College, my Ohio alma mater, offered not one course in journalism. However, it had a student-run newspaper, the Marcolian, led by a group of self-taught no-nonsense editors that managed to produce a weekly paper recognized yearly as one of the best in the country. (Disclaimer: Though I held several editorial positions on the Marcolian, I would never include myself as one of the no-nonsense professionals). It was hours before a college newspaper award ceremony that serendipity combined with foolhardy chutzpah led to my encounter with Mr. Brown. I was milling about the sidewalk in front of our hotel when a white stretch limousine pulled up to the curb. James Brown left the hotel and headed toward his limo, but was instantly swarmed by autograph-seekers. My limited experience making contact with celebrities taught me one valuable lesson: forget the star, find the manager. Leaning against a wall I spotted a wildly dressed man calmly watching the melee around James Brown. Intuitively, I approached him, “Are you James Brown’s manager?” The man sized me up and down then nodded yes. I forged onward, “My name is Gary Kott. I’m a reporter for my school newspaper. The Marcolian. Could you give me a pass to the concert tonight? Could I get an interview with James Brown?” The man gawked in disbelief, “Have you read the Cincinnati Enquirer today?” The manager was referring to front-page accounts of black mobs in Avondale smashing store windows, looting, burning, two people killed, dozens injured, hundreds arrested, Ohio National Guard called in. The manager concluded, “I’m not sure if someone like you (i.e. white) would be welcome there.” Dogged, I insisted, “I want to go.” The manager contemplated, “Tell you what. You have the rest of the day to think this through. The concert starts at eight. If you’re foolish enough to come, come very early. Before the crowd arrives. Have a cab drop you at the stage door. Knock. If you’re still alive, I’ll let you in.” A few hours later, the manager was stunned to hear me knocking. Extremely busy, he whisked me to the stage and searched for a safe place to stow me, “Here. Stand here. Don’t move. Don’t let anyone see you.” He placed me behind one of the giant speakers and there I stood, directly under the go-go dancers, inches from the Famous Flames and the star of show. Afterwards, the manager found me, led me to a dressing room, and introduced me to the one and only. I never made it that night to the college newspaper awards ceremony, but I was relieved that the senior Marcolian editors understood I had a reasonable journalistic excuse.