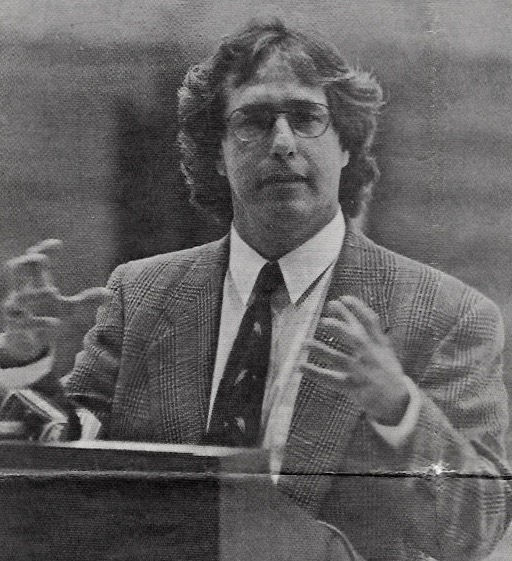 Most writers have felt it, “They love my work, they hate it, they’re going to produce it, they killed it.” Learning to live with the ups/downs of acceptance/rejection is an obstacle that most writers struggle to conquer, developing the proverbial thick skin, making a commitment to keep on writing despite the slings and arrows of outrageous fortune.  For sake of illustration, I’ll highlight some of my own slings and arrows during my professional writing career; my portfolio was rejected by many advertising agencies before I landed a copywriter job at legendary Ogilvy & Mather, Hollywood producers turned down my spec scripts before I landed writing assignments at Paramount, MGM, Warner Bros., I was writer/producer on one of the all-time favorite television shows only to have my next two pilot scripts relegated to the scrap heap.  One day rave reviews the next day garbage.  One day multi-script deals the next day scrambling for an assignment.  One day fifty million people watching the next day nobody.   Slings and arrows?  I’ve known Tony Award-winning playwrights told a year later by the press that they can’t write for shit, Oscar-winning screenwriters dumped by their agents, best-selling authors turned away by publishers.  Professional writing is a constant lesson in humility.  However, I’ve never met one professional writer that’s quit.  We all seem to wake up the next day and start writing something new, something different, something better.  We’re convinced that our next work will be a colossal hit, an award-winner, a masterpiece.  Some of us clutch on to our masterpieces long after the powers-that-be have dubbed them worthless.  To wit.  Here are names of some of the great characters in the history of literature and cinema that nobody’s heard of since no publishing company or movie studio has opted to produce or publish them: Zeke Blackstone, J. Rockett Darling, Jack DuSoleil and, of course, the indomitable Panama.  Certainly, when I wrote “Back Door Man,” “Darling Blood,” “Noose,” I was convinced, as were others, agents, editors, producers that the stories and characters living within were so unique and powerful that they were certain to explode onto the zeitgeist; yet none of them ever saw the light of day.  Why?  Anyone?  “Back Door Man” was signed by one of the hottest movie agents in Hollywood, wild-fired through all the major studios, catapulted me into rarefied air, but was never made.  “Darling Blood” was signed by the vice president of one of New York’s most prestigious literary agencies, scoured by their experts, lauded as a sure-fire blockbuster, but never sold.  Then there’s “Noose,” signed over the years by three prominent agents in the publishing world, all flabbergasted by the book’s “stunning originality,” and all equally flabbergasted by the vast accumulation of rejection letters.  Hell, I’m not going to try to figure this out.  I think I’ll reread a speech I gave several years ago at a writer’s conference about the mysterious disappointments inherent in being a professional writer.  Maybe I knew more then: 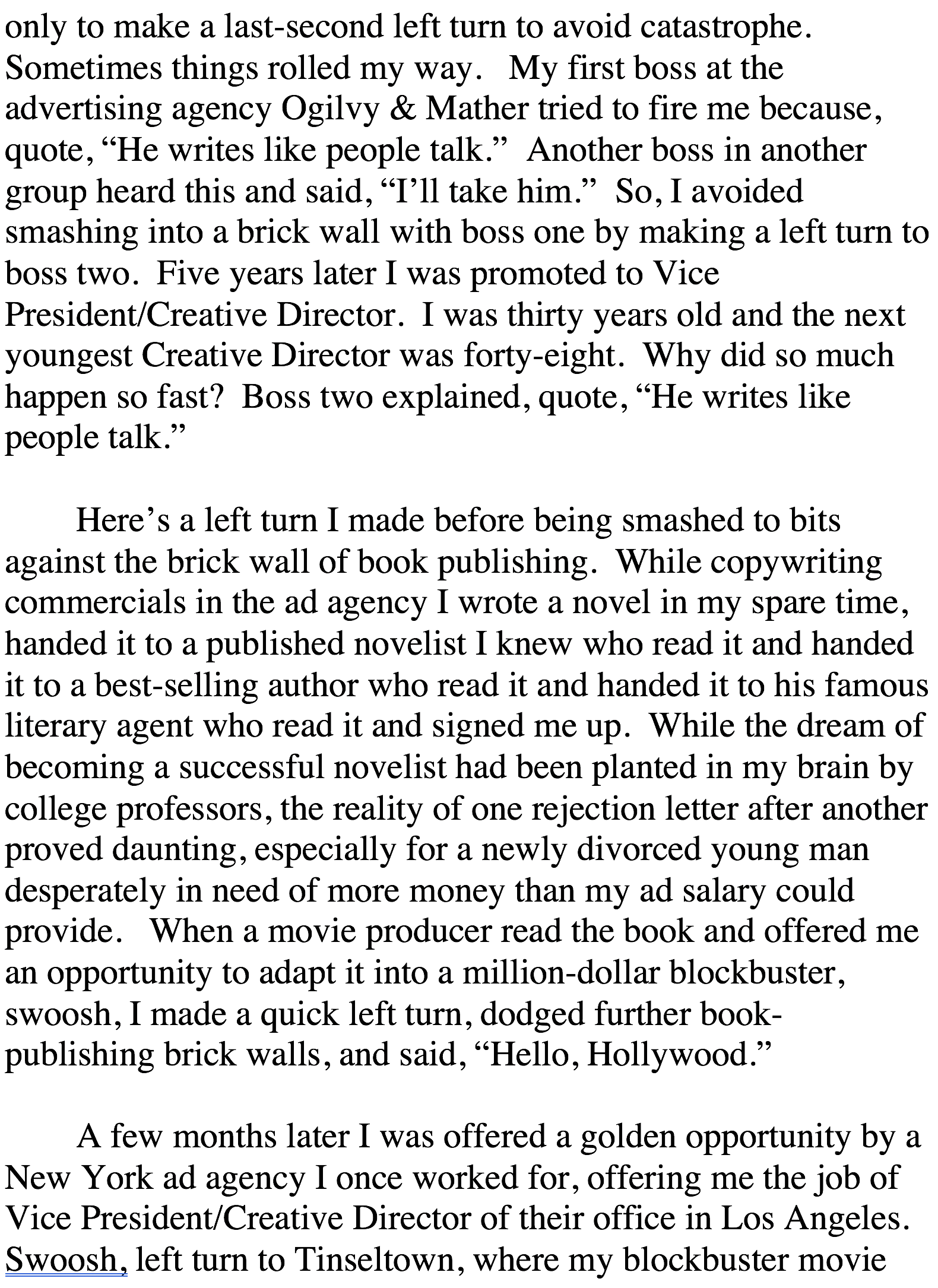 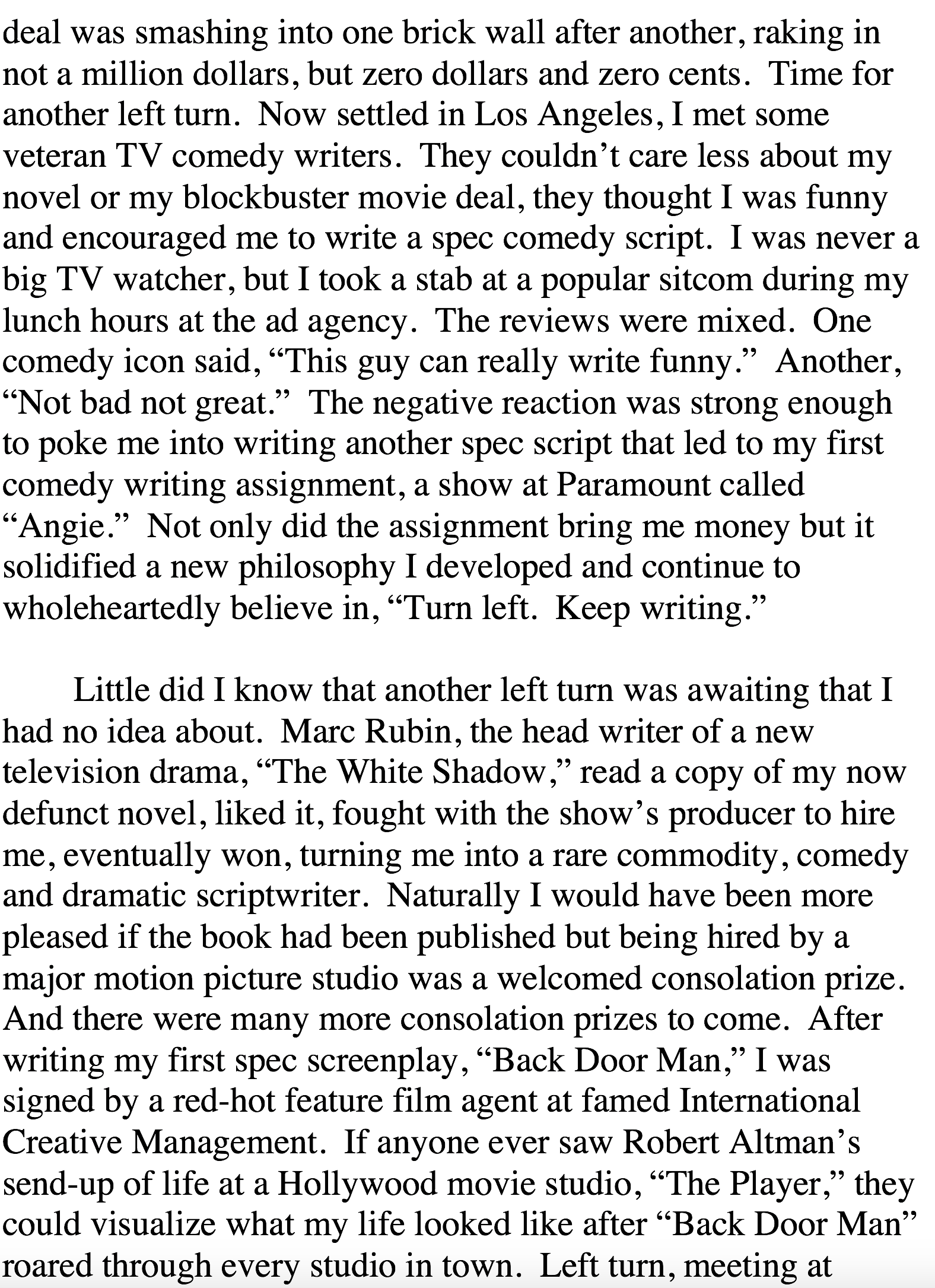 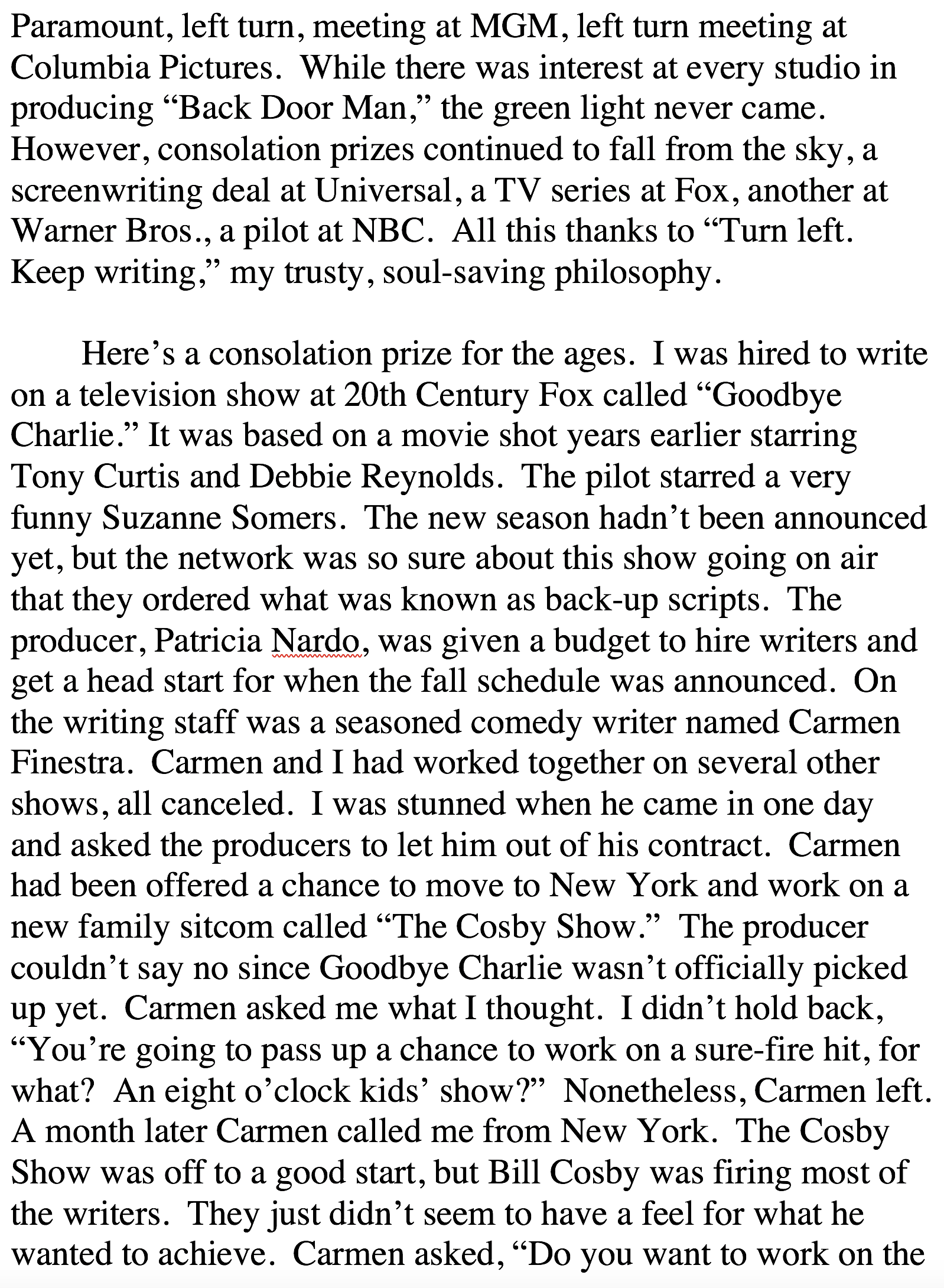 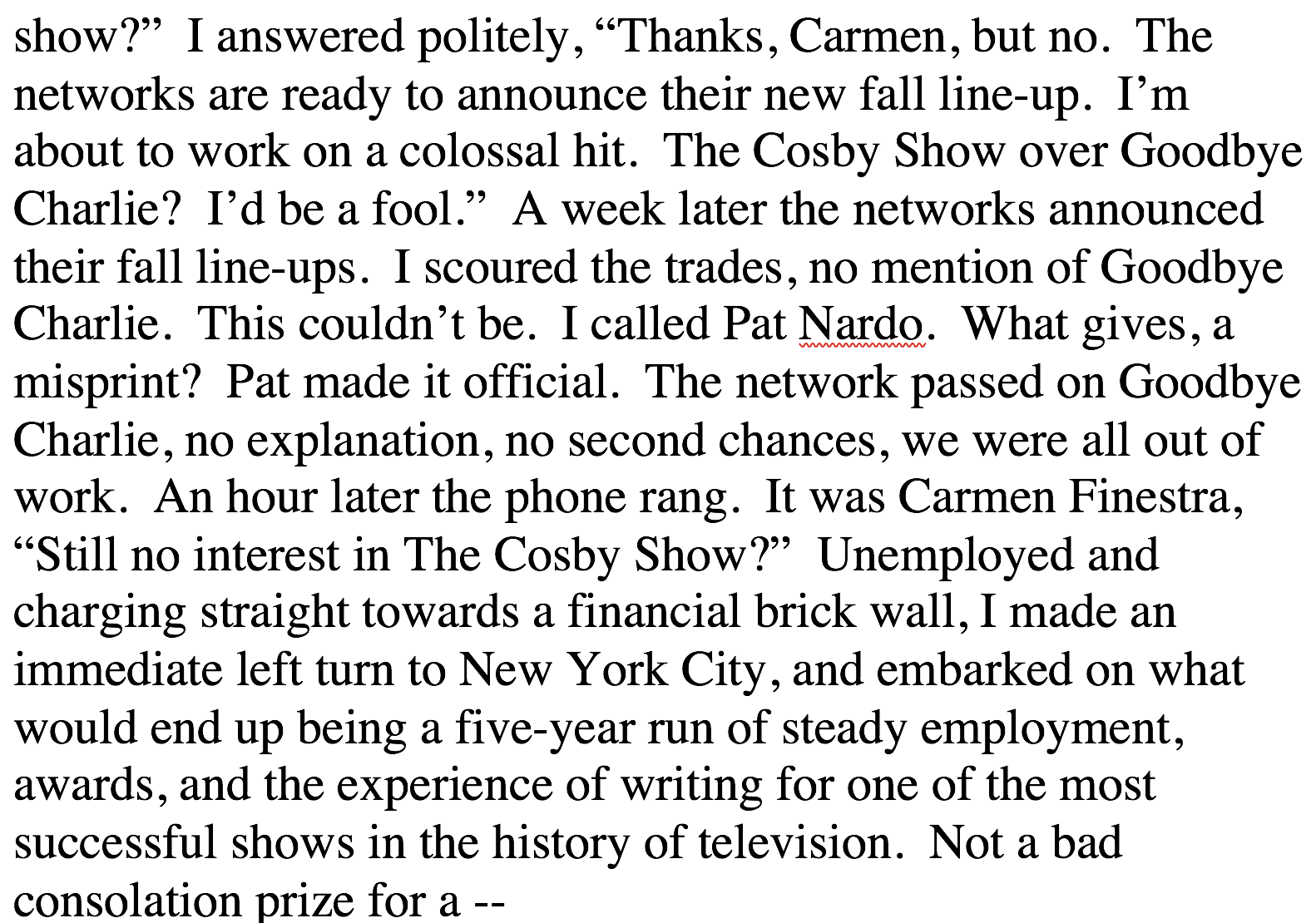 Okay, I’ve read enough.  Though the speech I delivered at the writer’s conference went on for another twenty minutes, I now realize that I had a better grip years ago on the ups and downs of professional writing.  Why I’ve wasted a breath is beyond me trying to figure out the reason books I wrote were never published, screenplays never produced.  I should simply clam up, bow respectfully to my consolation prizes, and take the advice of the smart young man I once was; turn left, keep writing.