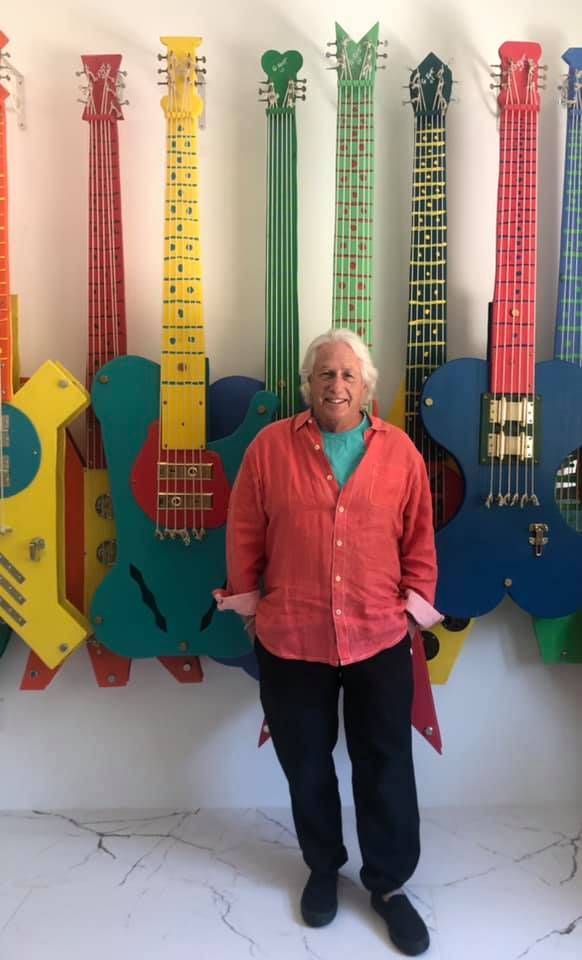 More About Art History, Part One

If Professor William Gerhold was here today and saw that I produced a warehouse-worth of original artwork, he’d surely say, “No.  That’s impossible.  I had this guy in one of my drawing classes.  Hopeless.”  However, Professor Gerhold had nobody to blame but himself for me being there.  Until then, he’d only seen me in the many art-history courses he taught.  Why so many?  Logic.  This being the mid-to-late sixties, I needed to take the easiest courses possible to earn mere passing grades in order to remain in college and out of Vietnam.  Art History fit perfectly those requirements; all I had to do was look at pretty pictures and learn how to pronounce the word chiaroscuro.  By my senior year I’d taken so many art-history classes that Professor Gerhold approached me after class, “I see you every semester and it makes me wonder.  Usually, students that load up on Art History are artists themselves.  I see them all day every day.  Drawing.  Painting.  Sculpting.  You I see only in art history.  I want to fix that.  I’d like you to take one of my drawing classes.”  I attempted to convince Professor Gerhold that I had no artistic ability, but he wouldn’t hear of it, “Nonsense, I can teach anyone how to draw.  You sign up and I’ll prove it to you.”  I did and he didn’t.  In his classroom, Professor Gerhold employed a speed drill to train students how to make quick decisions in developing their drawing techniques.  He set up easels in a circle then placed a live model in the middle.  Each student would have a sketch pad and pencil, and on Professor Gerhold’s instructions to “start,” the drill began.  As the students sketched, Professor Gerhold timed them with a stopwatch, and at every twenty-second interval, he’d shout, “Switch.”  The students would flip their sketch pads to a new page, rotate to the neighboring easel, and begin again from a different angle.  Professor Gerhold, stopwatch in hand, rounded the circle, approved students’ efforts and made suggestions when necessary.  The other students, all fine art majors, seemed to capture the essence of the model’s pose with almost museum quality.  Then Professor Gerhold would reach my easel and along with the word “switch,” he would utter a ghastly sigh.  For two months Professor Gerhold tried his hardest to teach me the concepts of perspective and shadow, however, he finally surrendered, handed me the stopwatch and said, “Here.  You be the timekeeper.”  At the end of the semester, Professor Gerhold awarded me a C for a willingness to try, a final grade far better than I needed to keep my student draft deferment soundly in place.  Twenty years later, in one of the bizarre ironies of upper academia, because of my Hollywood success that brought borrowed attention to the college, the dean of the school handed me two keepsakes in a prestigious award ceremony, a plaque that read, “Gary Kott Distinguished Alumnus,” and an absolutely beautiful framed watercolor of the main campus, painted and signed by the now head of the art department, Professor William Gerhold. 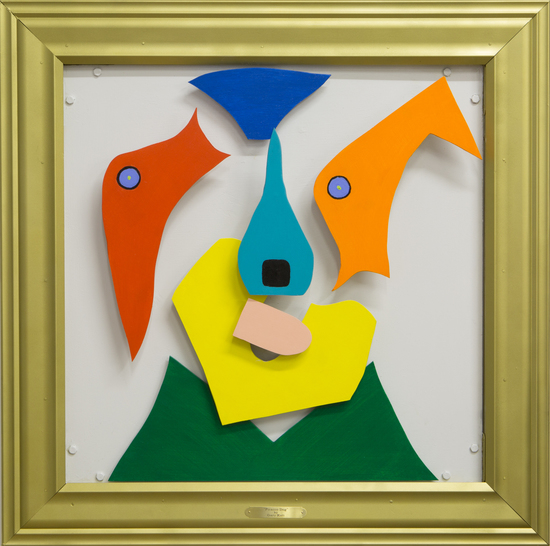 Here’s a theory explaining my eventual ability to create visual art.  Osmosis.  Working on Madison Avenue with the most brilliant art directors in the world, filming commercials with directors that won Oscars, shooting print ads with photographers whose books graced coffee tables, I absorbed a sense of what to me looks good and what doesn’t.  I also learned an important rule:  Don’t try to exhibit talents you don’t have, for example, I’m not by nature Claude Monet so I don’t paint water lilies, or, in writing, I don’t attempt to be William Shakespeare.  Here’s the exact day I began making my own art.  I was writing for a TV show in New York City.  We shot for three weeks in a row, leaving only a few days off every now and then, during which time I bought a house in the Hamptons that I didn’t have time to visit until a month after I owned it.  Though the sellers had sworn that the house was completely empty, it wasn’t.  In the basement I discovered a stack of four-foot by eight-foot sheets of plywood.  Irritated, I began my welcome-home weekend by hauling lumber up the staircase.  Then it struck me.  A few nights before I stopped by an art gallery in Manhattan and was impressed by a painting that would look terrific above my bed.  It was a simple but beautiful color field, black and red, with an impressive size of four-foot by eight-foot.  Hmm, I wondered, four by eight, and I stopped hauling sheets of plywood.  A quick trip to the local art supply shop, a bagful of paint tubes and brushes, a return to my basement then, presto, a very capable impression of the painting in the gallery.  Within a year, the walls of my Hampton house abounded in paintings that might not have qualified for the Louvre, but easily passed the guest test; nobody that entered my house had anything negative to say about the artwork they saw, some even issued compliments, yet not one soul had any idea that I did any of it.  Confidence growing, I was soon expanding my horizons into found-object sculptures, making frequent trips to Home Depot to buy power tools, finding odds-and-ends at scrap yards, and producing colorful, off-beat typewriters, guitars, thingamajibs.  My artistic bent seemed to lean toward the odd, the imaginative, the colorful.  Finally letting the cat out of the bag, I admitted to guests that the artwork was mine, generating several encouragements for me to submit my work to art galleries.  That’s where I drew the line.  There was no way on earth that I would subject myself to the capriciousness of rejection or acceptance that I endured as a professional scriptwriter.  As a street-weary, tread-bare survivor of the creative battlefield, I was not about to launch another round of pavement pounding.  I didn’t care if anyone on the outside world saw any of my artwork.  I grew quite content having an audience made up solely of friends stopping by for a visit, plumbers arriving to fix pipes, carpet cleaners.  Until.